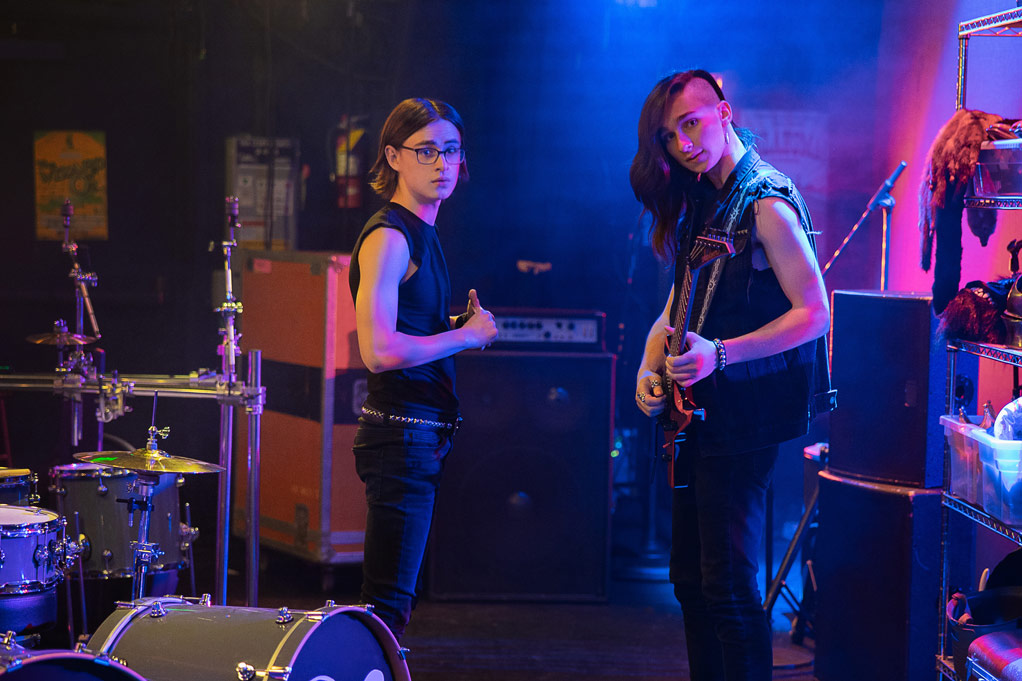 Find out what to watch this week on Netflix, Prime Video, Disney+, Apple TV+, BritBox, CBC Gem, Paramount+ and more, including The In Between staring Joey King, as well as what’s new on DVD and Blu-ray. Check out the full list below and watch the trailers. ~Alexandra Heilbron

The In Between – After losing Skylar (Kyle Allen), the love of her life in a tragic accident, brokenhearted Tessa (Joey King) begins to believe that he’s sending her signs from beyond the grave. Debuts April 8 on Netflix.

Metal Lords – For teenage misfits Hunter (Adrian Greensmith) and Kevin (Jaeden Martell), the path to glory is clear: Devote themselves to metal. Win Battle of the Bands. And be worshipped like gods. Debuts April 8 on Netflix.

The Green Knight – King Arthur’s reckless and headstrong nephew Sir Gawain (Dev Patel) embarks on a quest to confront the eponymous Green Knight, a gigantic tester of men. Gawain contends with ghosts, giants, thieves, and schemers in what becomes a deeper journey to define his character and prove his worth in the eyes of his family and kingdom. Debuts April 7 on Prime Video.

Death on the Nile – Newlyweds Simon Doyle (Armie Hammer) and Linnet Ridgeway (Gal Gadot) are honeymooning on a river cruise on the Nile when a murder takes place on the boat. Detective Hercule Poirot (Kenneth Branagh) is called upon to investigate and figure out who was responsible. There are plenty of suspects, including jilted lover Jacqueline de Bellefort. Available April 5 on DVD and Blu-ray.