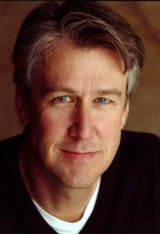 Alan Ruck is an American actor best known for his portrayal of Ferris Buller's best friend, Cameron Frye. Alan was born in Cleveland, Ohio, where he graduated high school and went on to study at the University of Illinois, earing a bachelor’s degree in drama in 1979. In 1983, Alan made his big screen debut in the film Bad Boys (1983) alongside Sean Penn. It was not until 1986 when Alan helped create one of the most iconic characters in film. He boosted his career into stardom with his work on... See All