Although the future of more Star Wars movies is up in the air, one thing is for sure — Star Wars Episode VII is a go. Star Trek: Into the Darkness director J.J. Abrams revealed Sunday that the script for the newest movi... 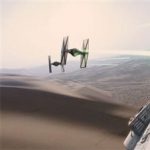 The next film in the Star Wars franchise, Star Wars: Episode IX, has brought in J.J. Abrams to direct and has pushed the film’s release date to December 2019. 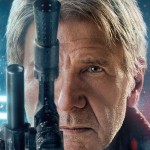 J.J Abrams reveals how Harrison Ford’s ankle injury on the set of Star Wars: The Force Awakens helped him work on the relationship between Rey and Finn. 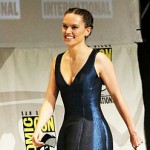 Daisy Ridley revealed J.J. Abrams almost made her cry on the first day of shooting ‘Star Wars: The Force Awakens.’ The 23-year-old actress was cast as the lead role Rey in the upcoming blockbuster movie but admitted she considered bowing out of … 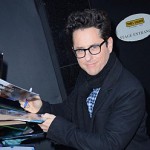 J.J. Abrams broke his back during a failed attempt to rescue Harrison Ford from under a fallen door on the set of ‘Star Wars: The Force Awakens’.The 73-year-old actor was left in agonizing pain when his ankle snapped under the weight of a metal hydrau… 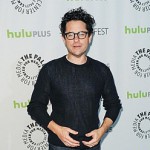 J.J. Abrams hopes Star Wars: The Force Awakens is as much a female-friendly film as it is for ”boys.” The director is responsible for bringing the sci-fi franchise back to the big screen with the upcoming seventh installment and while he accepts the original trilogy…

To no surprise, details surrounding the highly anticipated sequel to 1983's Star Wars: Episode VI - Return of the Jedi have not been made public beyond the few tiny bits of information we got from the trailer. Earlier this ...

The biggest attraction at the Star Wars celebration in Anaheim, California today is going to stream live and we've got it right here for you! Star Wars: The Force Awakens director J.J. Abrams and Lucasfilm president K...

J.J. Abrams revealed in an announcement that fans can win a chance to be in the sci-fi film Star Wars: Episode VII. This opportunity is possible due to the creation of the charity campaign 'Star Wars: Force for Change,' a new...

William Shatner had some semi-harsh words for the recently-named Star Wars director J.J. Abrams, also the director of the Star Trek films. When asked if he was happy with the director taking over both sci-fi franchises, Shatn...