Features > Check out what’s coming to Netflix this August 2021

Check out what’s coming to Netflix this August 2021 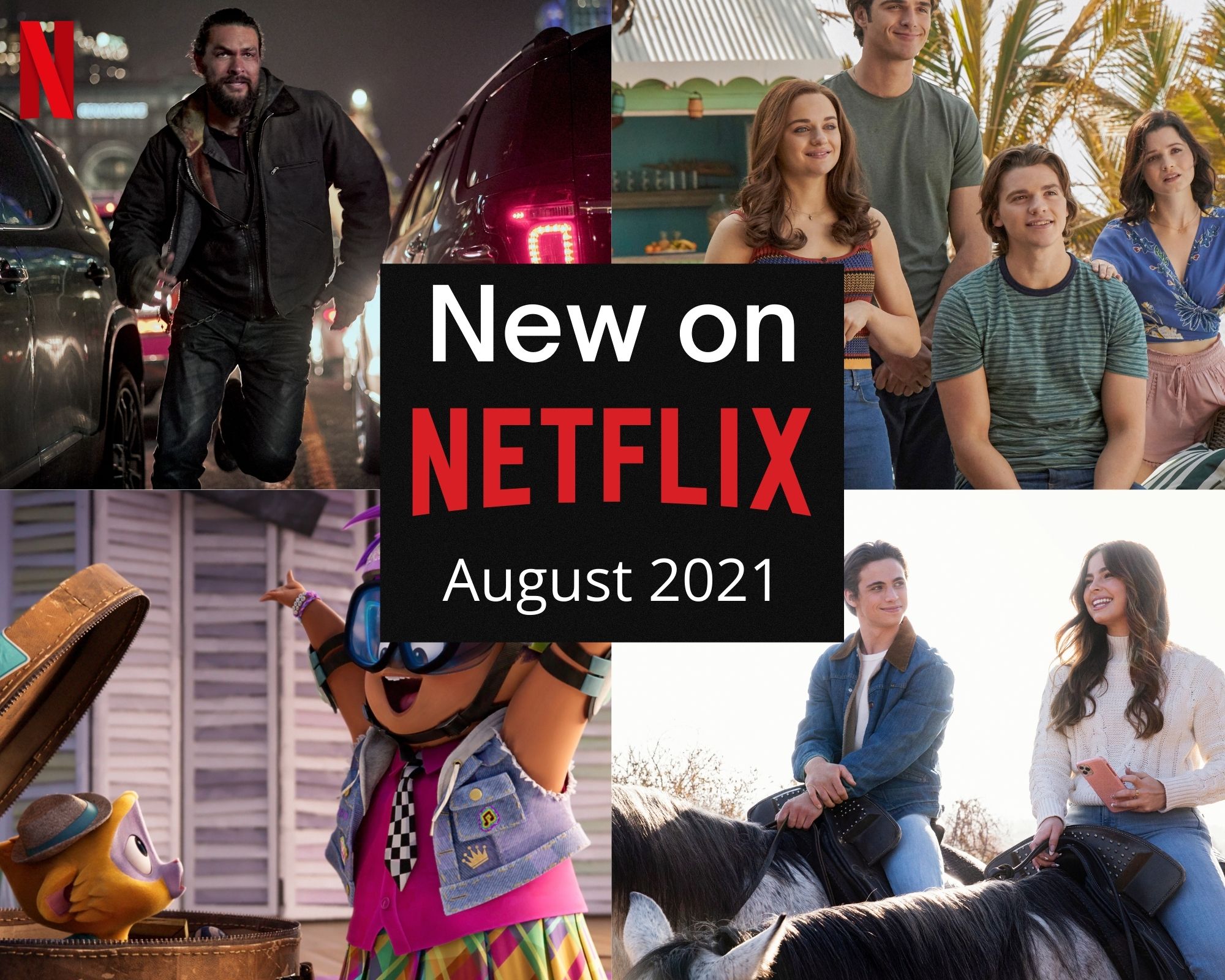 August is coming in strong with lots of new content ready to hit the small screen! Read on for a sneak peek of what’s coming to Netflix this month, including brand new movies and series featuring some familiar faces. ~Cassandra Coleman

The original film Sweet Girl premieres on Netflix August 20. The action drama stars Jason Momoa as Ray Cooper, a dedicated family man who avenges the death of his wife after she was denied potentially life-saving drugs by their manufacturers. Devastated and left with his young daughter, Rachel (Isabela Merced) to cope, Ray starts to uncover the truth behind Big Pharma — a truth that puts Ray and Rachel in danger because of what they know. Determined to protect the last member of his family, Ray goes to great lengths to keep Rachel safe as they become the target of assassins.

In the third and final film of the Kissing Booth Trilogy, Elle (Joey King) is about to head to college, but she can’t decide where she wants to go. With pressure from Lee (Joel Courtney), her best friend, and Noah (Jacob Elordi), her boyfriend mounting, Elle must choose between pursuing her dream of moving to New York City, going to Berkeley with Lee, or attending Harvard with Noah. The Kissing Booth 3 arrives on Netflix August 11.

Fun for the whole family, Vivo is an animated adventure film that follows a music-loving kinkajou (Lin-Manuel Miranda) as he embarks on a journey to deliver a love song to an old friend. Featuring original songs from Miranda, this story about music and friendship will take audiences on an epic adventure through gorgeous and vibrant locations never before seen in animation. It also features the voice talent of Zoe Saldana, Brian Tyree Henry and Michael Rooker. Available on Netflix August 6.

Coming to Netflix August 11, Misha and the Wolves is a documentary about Misha Defonseca, a woman who claimed that she walked across a war-torn Europe in search of her parents during the Holocaust — at only seven-years-old. She also said that she was taken in by a pack of wolves, which is how she survived on her own. Later on, Defonseca’s incredulous story caught the world by storm after it was published in a sensational memoir. Yet the truth behind it was scrutinized, and this documentary assesses the possible deception used to hide a much darker truth about Misha Defonseca.

He’s All That stars Tanner Buchanan (Cobra Kai) and Addison Rae in a reimagined version of the 1999 film She’s All That. This time, the plot follows Padgett (Rae) as she tries to transform Cameron (Buchanan), her school’s biggest loser, into prom king, which proves to be no easy feat. Rachel Leigh Cook and Madison Pettis also star in this upbeat teen flick — catch it on Netflix starting August 27.

View the full list of what’s coming to Netflix next month, as well as what’s leaving the streamer in August.

August 18
The Defeated – Netflix Series
Memories of a Murderer: The Nilsen Tapes – Netflix Documentary
Out of my League – Netflix Film
The Secret Diary of an Exchange Student – Netflix Film

August 23
The Witcher: Nightmare of the Wolf – Netflix Anime

Leaving August 20
Kill the Irishman
Norm of the North: Keys to the Kingdom
The Founder

Leaving August 27
A Princess for Christmas 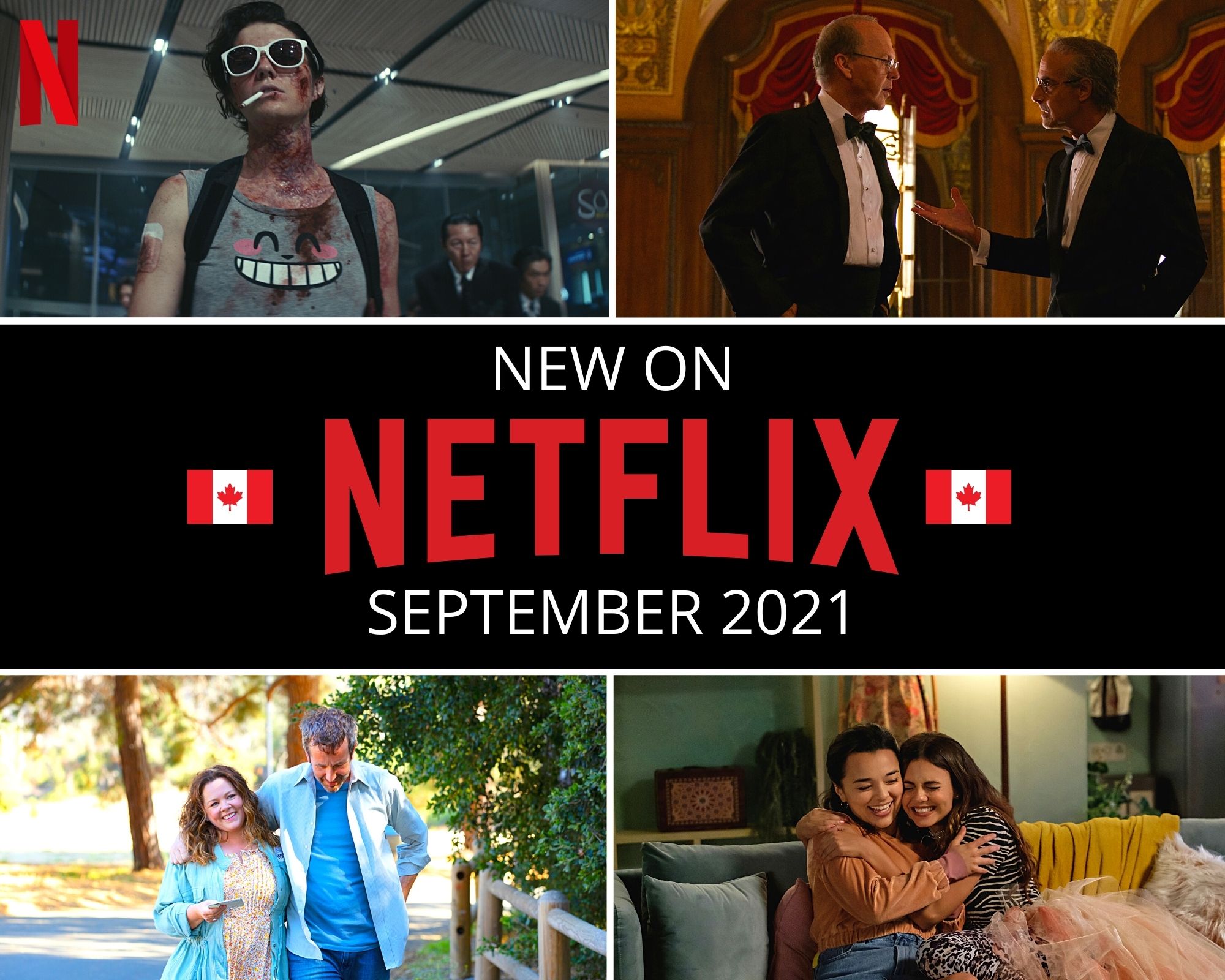