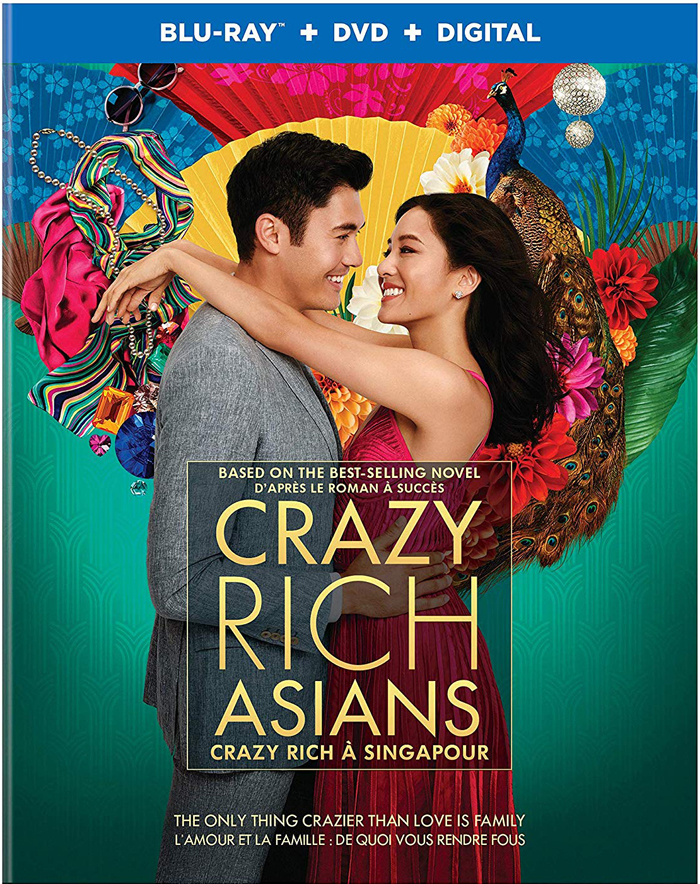 This week has a small but terrific selection of releases on Blu-ray, DVD and Digital. The box office smash Crazy Rich Asians is finally available for home viewing. The crime drama Blindspotting was a hit with critics, while Kin is perfect for sci-fi lovers. If you’re into romance, you might want to check out Little Italy and if you love dogs, Dog Days is your perfect choice! ~Alexandra Heilbron

Crazy Rich Asians – American-born Chinese economics professor Rachel (Constance Wu) is invited by her boyfriend Nick (Henry Golding) on a trip to his home country of Singapore to attend a friend’s wedding and meet his family. Rachel soon discovers Henry is not only extremely wealthy, but is one of the most sought-after unmarried men back home. When Rachel meets Nick’s mother, it quickly becomes clear that the woman thinks Rachel isn’t good enough for her son.
Click here to buy the Blu-ray.
Trailer: Crazy Rich Asians

Blindspotting – Ex-con Collin (Daveed Diggs) has just three days until his probation is complete. When Collin witnesses a cop (Ethan Embry) shoot an unarmed African-American man who is running away, he tries to put it out of his mind as he rushes home in order not to miss his mandatory curfew, but forgetting the incident proves harder than he thought. Click here to buy the Blu-ray.
Trailer: Blindspotting

Kin – Ex-con Jimmy (Jack Reynor) owes $60,000 to local criminal Taylor Balik (James Franco). Meanwhile, Jimmy’s little brother Eli discovers a ray gun beside the bodies of two aliens while scavenging for scrap metal. Jimmy tries to pull off a robbery to get the money he owes, but when it doesn’t go as planned, he takes Eli (who brings his ray gun) and goes on the run. They’re closely tracked by an angry Taylor, who is ready to kill them both if he doesn’t get his money.
Click here to buy the Blu-ray.
Trailer: Kin

Little Italy – Nikki’s (Emma Roberts) family owns a pizza restaurant. She falls for Leo (Hayden Christensen), whose family owns a competing Italian restaurant. Nikki realizes a romance with Leo would not be welcomed by her father, so she has to figure out how to proceed in order to not escalate the feud between their families. Click here to buy the Blu-ray.
Trailer: Little Italy

Dog Days – The story of several people in Los Angeles who are brought together by their lovable canine companions, including a TV show host (Nina Dobrev) who’s worried about her depressed dog, a barista (Vanessa Hudgens) who finds a little dog behind the café where she works and a pizza delivery boy (Finn Wolfhard) who offers to help find an elderly man’s missing dog. Click here to buy the DVD.
Trailer: Dog Days