Kate Bosworth’s husband ”directed” their wedding.The ‘Still Alice’ actress married filmmaker Michael Polish on The Ranch at Rock Creek in Montana in August 2013 and she admits, unusually for a guy, her spouse had a major input into their nuptials.Sh…

Kate Bosworth never thought she would get married.The 30-year-old actress tied the knot with film director Michael Polish on August 31 at The Ranch at Rock Creek in Philipsburg, Montana, and their relationship is based on them always being ”100 per c…

Towards the end of the Toronto International Film Festival press conference for her new film, The Girl in the Park yesterday, Kate Bosworth's dress sprang open. Prior to that, everything had been going smoothly, with Boswor... 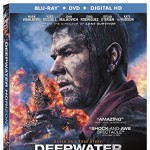 Ben Affleck, Mark Wahlberg, Kevin Hart, Kate Bosworth and Keanu Reeves are some of the A-listers appearing in new DVDs this week. Check out all the titles here! 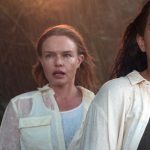 Wiped clean of memories and thrown together, a group of 10 strangers fight to survive harsh realities when they wake up on a treacherous island. Starring Kate Bosworth. ...

You may have heard a lot about this film during award season, as it was buzzing with talented names and performances. Still Alice’s leading actor, Julianne Moore was among the top contenders who bagged every award this ...

Do you love reading books that have been made into movies before you go see the film? Opening in Toronto and Vancouver on January 23rd is Still Alice, starring Julianne Moore in her Golden Globe award-winning role. We are giv...

Sylvester Stallone leaves no stone unturned with his latest screenplay, Homefront. Starring talented actors such as Jason Statham and James Franco, this classic action flick brings to life a drama-sprinkled thriller that turn...