If you caught up with everything Netflix this month, stay tuned because May promises to keep you occupied with eye candy in the form of Zac Efron as he takes on the role of Ted Bundy, and Jamie Dornan, as he gets kinky behind closed doors in Fifty Shades of Grey.

After watching Netflix’s Hereditary, horror fans can expect more screams and scares with Jordan Peele’s Get Out. If that’s not enough to get your heart racing, three Psycho films will stalk you this month.

Whether you want to haunt your dark soul with thrillers and horrors, or warm your heart with rom-coms, there’s a fix for every movie craving. Happy streaming!

For those who love a good thriller, What/If (May 24) is a neo-noir thriller series. It’s a raw, voyeuristic examination of people doing unacceptable things. What happens when two struggling newlyweds accept a powerful woman’s proposition to secure a badly needed financial windfall? Um, danger?!

Zac Efron sheds his good boy image and slips into the 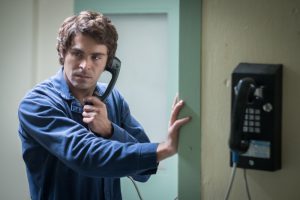 role of notorious serial killer Ted Bundy. If you enjoyed the Netflix documentary Conversations With a Killer: The Ted Bundy Tapes, it’s time to watch Extremely Wicked, Shockingly Evil and Vile (May 3). It chronicles the crimes of Ted Bundy from the perspective of Liz (Lily Collins), his longtime girlfriend, who refused to believe the truth about him for years. Getting the chills?

If you’ve seen the Slasher series on Netflix, which already has offered up two seasons, then it’s time to take a stab at Slasher: Solstice (May 23). Rampaging serial killers leave carnage in their wake as their next victims fight to stay alive in this anthology series.

A new Netflix original series to haunt your soul is When They See Us (May 31). It’s a four-part limited series from Oscar-nominated director Ava DuVernay. It follows the true story of the Central Park Five — five teenagers who were wrongfully accused and convicted of the brutal rape of jogger Trisha Meili. The series will span 25 years, taking audiences on a harrowing journey. 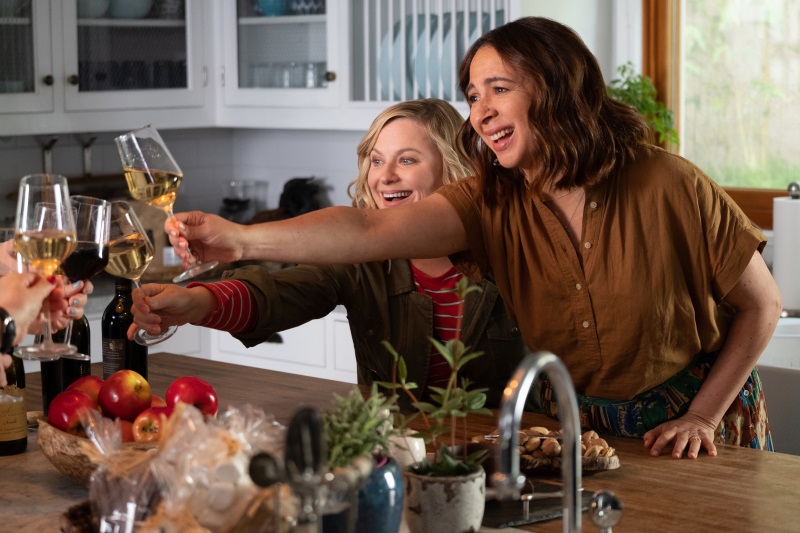 Need a glass or two to recover from those dark pic(k)s? Well, Wine Country (May 10) is here to save the day. The original film takes us on a vacation to Napa Valley, where a group of longtime friends reunite and revisit past choices in this hilarious and heartfelt comedy from director Amy Poehler. The film also stars Tina Fey, Maya Rudolph and Jason Schwartzman. I’ll drink to that!

Netflix has been dishing out a solid selection of teen rom-coms over the last few months, and we watched ’em all. Another one here to charm you is The Last Summer (May 3). A group of friends navigate new relationships, while re-examining others, during their final summer before college.

Always Be My Baby? Nope, this one’s called Always Be My Maybe (May 31). Ali Wong and Randall Park star in this rom-com about Sasha and Marcus, who everyone thought would end up together — except for Sasha and Marcus. Reconnecting after 15 years, the two start to wonder… maybe? All. The. Feels.

Fifty Shades of Bae
If you’re a Jamie Dornan fan, you might want to drool over Christian Grey in Fifty Shades of Grey (May 1). Enough said. If you’d like to see a Miami bachelorette party gone wrong, Rough Night (May 20) it is. The comedy brings together four college friends Jess (Scarlett Johansson), Alice (Jillian Bell), Frankie (Ilana Glazer) and Blair (Zoë Kravitz), and their Australian classmate Pippa (Kate McKinnon).

Another bae to take over May is Tom Cruise as he saves the day and steals your heart in Mission: Impossible – Fallout (May 20). Need a plus one, Ethan Hunt? 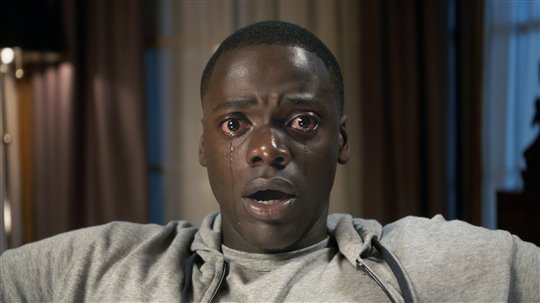 Jordan Peele’s buzzworthy and critically acclaimed horror Get Out (May 1) is finally streaming this month. Chris (Daniel Kaluuya) is preparing to meet his girlfriend Rose’s (Allison Williams) parents for the first time, but her family behaves awkwardly towards him, while the African American people in town are acting rather strange. Well, the film is aptly titled Get Out for a reason, no?

Netflix is bringing not one or two, but three Psycho films for your viewing starting May 1. Psycho (1960), Psycho (1998) and Psycho II (1983) will be available May 1. Bring all the popcorn for the horror fest.

Dish Me Some Drama
A heartfelt war drama to watch is Unbroken (May 1), which follows Louis Zamperini, who enlisted in the United States Army Air Forces, but while in combat, crashed into the sea and was later captured by the Japanese and tormented by prison guard Mutsuhiro Watanabe.

Ben Is Back (May 20) premiered at TIFF last year and follows teen Ben Burns (Lucas Hedges), who returns home and is welcomed by his mother Holly (Julia Roberts). Although Ben claims he’s clean now, Holly is worried that Ben is still using drugs and keeps a watchful eye on her son. This film showcases a mother’s undying love for her son as she does everything in her power to keep him safe.

Light and Fluffy
Melissa McCarthy brings all the laughs alongside Jason Bateman in Identity Thief (May 1). There’s also Disney’s The Nutcracker and the Four Realms (May 28), which follows Clara (Mackenzie Foy) as she braves the ominous Fourth Realm to retrieve her key and return harmony to the unstable world.

Until next month, May you enjoy your Netflix binges! ~Marriska Fernandes

Here’s what’s streaming in May — scroll below to see what’s leaving.

May 16
Good Sam — Netflix Film
Into the Forest

May 28
Disney’s The Nutcracker and the Four Realms

Leaving May 7
Love Actually
Scent of a Woman


Amy Poehler Ben is Back Conversations with a Killer: The Ted Bundy Tapes Extremely Wicked Shockingly Evil and Vile Get Out Jamie Dornan Jordan Peele Lily Collins Netflix Renee Zellweger The Last Summer What If When They See Us Wine Country Zac Efron