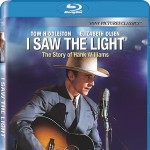 New on DVD – I Saw the Light and more 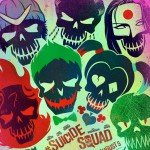 Check out the newest trailers released this week, including Suicide Squad, featuring an all-star cast of murderous criminals recruited for a top-secret task force. 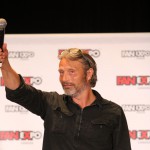 Fan Expo had its busiest day on Saturday, with panel after panel packed with adoring fans. They were not disappointed, as each star came on stage to loud applause and entertained everyone by answering questions about thei... 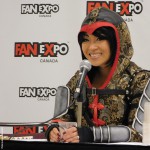 Day Two of Fan Expo proved to be full of changes. Willa Holland of Arrow cancelled her panel

This March, the Plastics are back and Fetch is so happening! Tina Fey's iconic Mean Girls is now available on Netflix and we couldn't be more psyched. Also, Tina Fey has teamed up with her 30 Rock showrunner Robert Carlock to...

Bring out your inner spy in new Penguins of Madagascar game

They’re back! If you couldn’t get enough of the wild antics of the loveable penguin pals — Skipper, Kowalski, Private and Rico — in the recent film Penguins of Madagascar, then worry no more! The penguins are back in ...

The season of the blockbuster may be winding down, but this weekend's box office saw a major shake-up. After sitting at second place for the last two weeks in the U.S., Guardians of the Galaxy (4.3 star Tribute user rating) ...

Tribute fans have enjoyed watching a number of trailers over the last week but these are the top ten trailers that made the cut! It was no surprise that big blockbusters like The Expendables 3  and Teenage Mutant Ninja Turtl...

Il Divo performed at the Sony Centre for the Performing Arts last night in Toronto and this time around, they focused on singing Broadway songs, with Lea Salonga as their special guest. For those of you who don't know who Il ...

Matthew McConaughey to star on the small screen

Mud actor Matthew McConaughey will be taking a break from the big screen to star in HBO’s latest series True Detective alongside Woody Harrelson. The duo will be portraying detectives who come together to try and solve the...